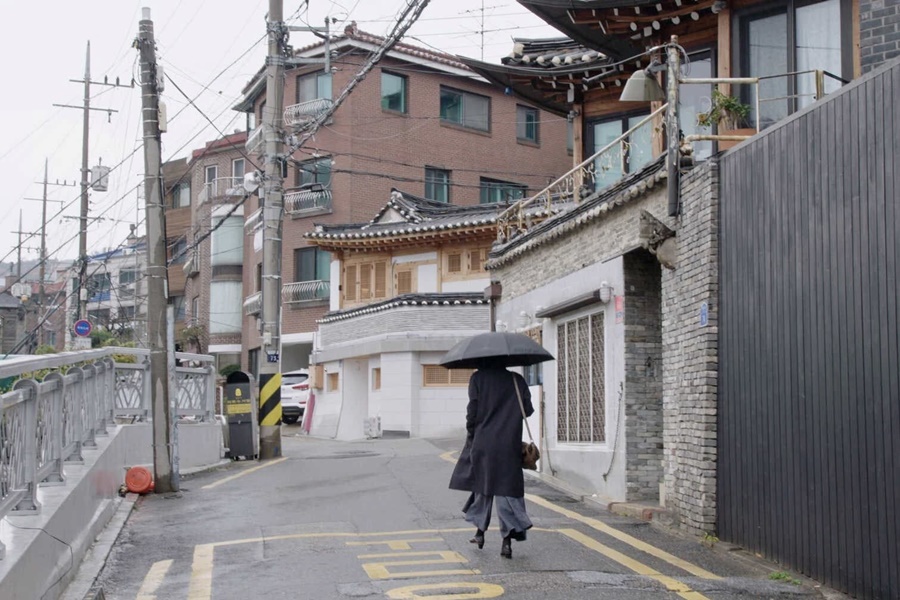 The Woman Who Ran – Domangchin focuses on two days of a woman in her late 30s named Gam-Hee, who was separated from her husband for the first time during her five-year marriage. Gam-Hee, who uses this time away from her husband to see her friends living on the shores of the city, deliberately meets and meets with two former friends who have divorced their husbands, and another friend she has not met for many years. We witness the exquisite dialogues about the moods of the characters in these conversations where daily conversations take place about the passing time and their present.

In his film, Hong Sang-soo prefers to fix his camera at an angle and approach characters with optical movements, especially avoiding cutting and interrupting the flow of dialogue. In fact, this preference makes a great contribution to the better understanding of the nuances of the marriage of the main character, which seem to be going perfectly from afar, the “unhappiness” that his friends do not notice, and the tension in the scenes.

The men in The Woman Who Ran remain the “parasites” whose faces we cannot see, always pulled from their backs, who stifle these exquisite dialogues. In this context, the film does not spare words about the global toxic crisis of masculinity, which we have observed in many productions at the festival. The Woman Who Ran is a movie that manages to fit the worlds with a cliché in its 77 minutes. The frames that seem simple but deepen with tiny details also contain data on how modern life distracts people from the authenticity of a real conversation, the taste that can be obtained from any work of art. In this context, we can say with peace of mind that The Woman Who Ran by Hong Sang-soo is, as expected, one of the highlights of this year’s selection.