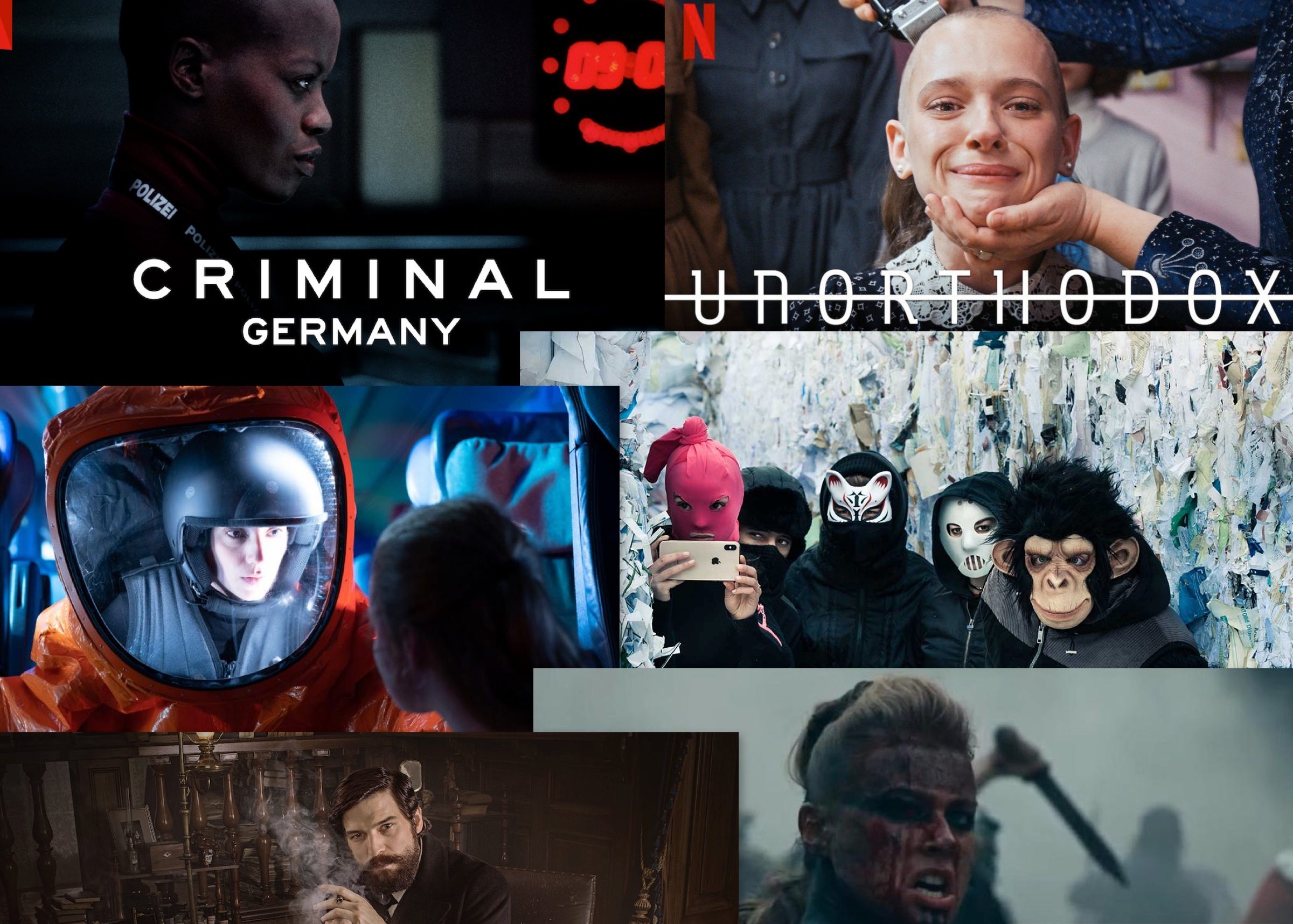 Remember that if you have a good level of German, you should try watching without subtitles. Even if you watch them with subtitles, watching these series will improve your pronunciation and you will master the natural flow of the language. A language is a person, two languages are two people.

At the center of Dark are four families in a typical German small town called Winden . When two children mysteriously disappear, the supposedly ideal world of these families is torn apart and a look behind the facade reveals the dark secrets of everyone involved. In the course of the 10 episodes of the first season, the scope of the events takes on a new dimension as the investigation leads back to 1986 and the fates of the four families are tragically linked through space and time.

When dumped by his foreign-returned girlfriend, who is now into new experiences, a nerdy teen’s attempt to win her back propels him and his friend into the business of selling drugs on the dark web, and he eventually becomes one of Europe’s youngest and biggest drug dealers.

Unorthodox is based on a memoir by Deborah Feldman, who was born and raised in the Satmar community in Williamsburg, Brooklyn, but escaped to Germany where she lives today. I say “escaped” because the way children are brought up within the group is so rigid, so based on rules and ceremony, that it must seem like a prison sentence to anyone not in tune with the dominant beliefs.

In the 9th century AD, Germanic warriors meet Roman legions in the Teutoburg Forest. There is a devastating battle that claims many lives. In addition, the war affects the fate of three friends.

Dogs of Berlin tells the story of two contrasting Berlin police detectives who become a team against their will – and are forced into a territorial battle with the Berlin underworld that confronts them with their own human weaknesses and criminal activities – and into a final decision on which side of the law they’re actually on.

A fast-paced thriller following medical student Mia Akerlund who discovers the use of highly advanced biohacking technology in her university town.

Based on motives by the global best-seller of the same name by Patrick Suskind, the Perfume series shifts the action to the modern day and uses the book’s idea of manipulating people through scent as a springing-off point. A young profiler investigating a series of brutal murders traces events back to a small cadre of boys at a boarding school who experimented with manipulating people using human scents.

In the interview room, detectives go head-to-head with suspects and try to get to the truth – even if it means breaking the rules and risking it all.

Vienna, 1886. The young Sigmund Freud is still a long way from being a globally revered national figure. His peculiar concept of the unconscious and his use of hypnosis draws ridicule and sees him marginalized by the medical establishment. His professional reputation is at stake, as is his engagement to his beloved Martha. He finds distraction by accompanying his friend Arthur Schnitzler to cocaine-fueled nights with Vienna’s high society. When this same society is shaken by a series of mysterious murders, Freud enlists the aid of fragile medium Fleur and traumatized war veteran and policeman Alfred Kiss in his bid to expose the masterminds behind the crimes, which are causing a stir – even in the upper echelons of political circles.

The series follows a group of teenagers who are pursuing the dream of a better future, led by a new and mysterious classmate. They no longer want to hide their anger about social ills. What begins as an idealistic and playful revolt against the establishment, soon gains a threatening momentum. But does the purpose really justify the means?