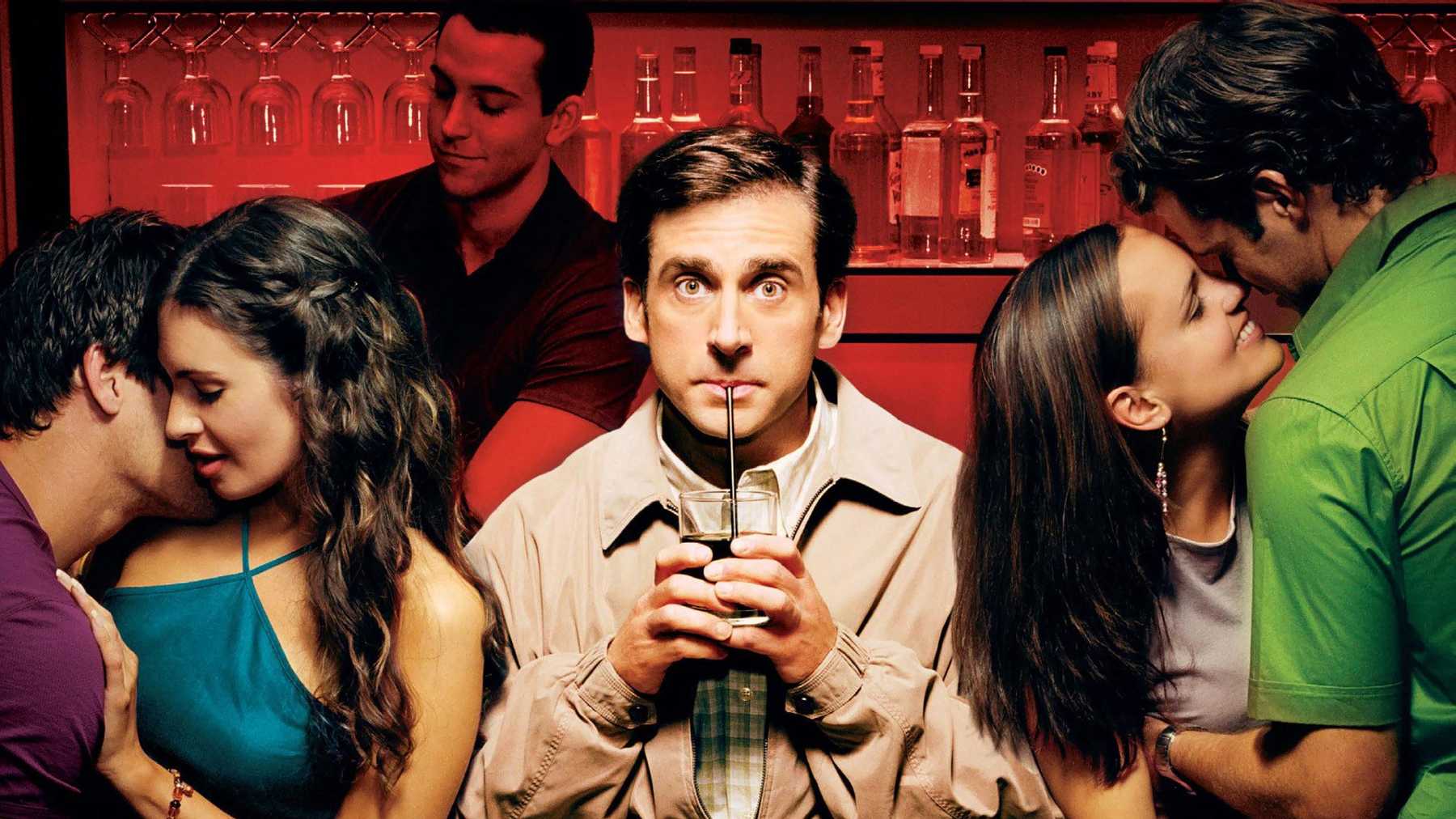 Watching a good comedy is always possible whether alone, with friends or loved ones. In our list you will find the funniest laughable films that you can now stream on Netflix and Amazon Prime.

Andy Sachs (Anne Hathaway) wants to get started as a journalist in New York after graduating from university. Her first job, however, is very different from what she had imagined: She is hired as the second assistant to the editor-in-chief of the renowned fashion magazine “Runway”, Miranda Priestly (Meryl Streep). Andy realizes that the fashion world is not always glamorous and makes a few faux pas. As if the stress at work wasn’t enough, Andy’s relationship is also in crisis.

After the bank robber Zeki Müller (Elyas M’Barek) is released from prison, he finally wants to get the stolen money, which was buried by a friend on a construction site to be on the safe side. The problem: the construction site has now become a comprehensive school. In order to get to his prey, the ex-jailer begins to work there – and throws himself into what is probably the most surprising adventure of his life.

Deanna, who has just been left by her husband for another woman, regrets never having graduated. She now wants to change that – and is enrolled at the same university as her daughter Maddie. Sure, Deanna has loads of funny situations there – from college parties to sex with a “frat boy”.

25 year old Harper (Zoey Deutch) and 28 year old Charlie (Glen Powell) work around the clock as assistants for rather demanding – or totally crazy – bosses. One day they forge a joint plan so that they no longer have to work 24/7: They couple their bosses together. What at first seems brilliant and works great, then doesn’t work out quite as you would have expected …

Doug (Justin Bartha) is about to get married. To really let it rip one last time, he drives to Las Vegas with his best friends for his bachelorette party. But this gets completely out of hand: After a drunken night of partying, the groom has disappeared, there is a tiger in the bathroom of the hotel room and nobody can remember what happened …

Emma (Natalie Portman) and Adam (Ashton Kutcher) have known each other since they were children and meet again and again by chance. But only years later do they really get closer: The two enter into a “Friends with Benefits” non-relationship after Adam’s ex-girlfriend leaves him for his own father. If that works out?

Andy (Steve Carell) works as a salesman in an electronics store, loves video games and action figures and is an introvert – a typical “nerd”. He’s also a virgin at 40. When his work colleagues find out, they make it their business to find him a girlfriend (or at least a wife for one night). But that’s easier said than done – all dates are ultimately a disaster. One day he meets Trish (Catherine Keener) while at work. The two get along well straight away – the only question that remains is whether things go just as well in bed.

Five months after breaking up with her husband, Alice (Reese Witherspoon) is celebrating her 40th birthday with friends in a bar. There she meets three young filmmakers who are currently broke but are hoping for a big break in Hollywood. She ends up in bed with one of them, but his two friends also spend the night at Alice’s home. The next morning, Alice’s mother, Lilian, simply suggests that the three boys move in with Alice and their two young daughters for a while. As if that weren’t complicated enough, Alice’s ex-husband Austen (Michael Sheen) suddenly appears again …

Carly (Cameron Diaz) is Mark’s (Nikolaj Coster-Waldau) girlfriend. The problem: Mark is married to Kate (Leslie Mann) – and also has (another) affair with Amber (Kate Upton). When Carly and Kate find out that they are not the only woman in their boyfriend’s or husband’s life, they inform Amber about it and join forces to forge a plan for revenge. They also find that Mark was not only unfaithful in love, but also betrayed his business partner.

Cal Weaver (Steve Carell) learns that his wife (Julianne Moore) is having an affair and wants to divorce him after 25 years of marriage. Suddenly the family man is single again – and has no idea how to behave. The extremely good-looking Jacob Palmer (Ryan Gosling), who is ten years younger than him, can help. He’s actually a typical womanizer – until Cal’s beautiful daughter Hannah (Emma Stone) turns his head.

Zoe (Jennifer Lopez) is successful, good-looking, and lives in New York – she seems to have the perfect life. But one thing is missing: She has not yet found “the right one”, the man for life with whom she can also have children. Instead of waiting for Mr. Right, however, Zoe simply takes matters into her own hands and lets herself be artificially fertilized. But as life has it, she meets the good-looking Stan (Alex O’Loughlin) immediately after visiting the clinic …

Lucy (Sandra Bullock) is a workaholic: She works 24/7 for the successful, wealthy entrepreneur Wade George (Hugh Grant). The lawyer actually only takes the job because Wade is supposed to help her prevent the demolition of a historic building in her home town of Coney Island. Although the entrepreneur with a weakness for affairs is not Lucy’s type at all, his charm ultimately makes her fall in love with him.

At 17, Mike O’Donnell (Zac Efron) had a seemingly perfect life in 1989. 20 years later, things look very different: his wife Scarlet (Leslie Mann) has separated from him and wants a divorce and his teenage children are not interested in a relationship with him. Things are not going well in his job either: Since Mike had to forego studying and start working straight away because Scarlet became pregnant at 17, his career does not advance. But one day Mike (played by Matthew Perry as an adult) wakes up again in the body of his teenage self – not in 1989, but in the present. Now he has a second chance to shape his life differently.

What’s worse than a breakup? A night away in New York City! Robin (Rebel Wilson) is absolutely convinced of that. With nights in New York’s coolest clubs and bars, she tries to make life as a single palatable for her friend Alice (Dakota Johnson), who has just broken up with her boyfriend. Flirting & Co. still wants to be learned from Alice – but it doesn’t take long until she enjoys her newfound freedom to the fullest.

The passionate lifeguard Mitch Buchannon (Dwayne Johnson) not only has to look after the new cheeky lifeguard Matt Brody (Zac Efron), but also a criminal organization that is up to mischief in Malibu Beach. All of this is accompanied by slow-motion runs on the beach, a lot of self-irony and a guest appearance by David Hasselhoff.

For reporter Meghan Miles (Elizabeth Banks) things are not going well: She has received a job cancellation and her partner has to leave town for a new post. But instead of moping up, she spends a momentous night with her friends, at the end of which she wakes up in a strange apartment and clashes with a cat. Because of a spontaneous job offer, she has to show up at work on time – without a car, without money, without a shower and in the clothes from the previous night. At the end of this hilarious day, she stands by herself, has looked outside the box and found a new love along the way.

Conner Friel (Andy Samberg) and his childhood friends are rap boy group superstars. When the band “The Style Boys” split up in an argument, Conner only continued as a DJ “conner4real”. However, the success of the second album did not materialize and Conner only hit the headlines because of absurd scandals. His only way out seems to be to get the band to reunite. But does the former superstar want that?

Emily Nelson (Blake Lively) and Stephanie Smothers (Anna Kendrick) couldn’t be more different: One is a stylish and tough career woman who works as PR manager at a large fashion label, the other a (not really successful) mom -Blogger who mainly cares about her son. Nevertheless, the two get closer and one day Emily asks her new friend a little favor: Stephanie is supposed to take care of Emily’s son after school. So far so good. The problem: Emily never picks up her son and disappears without a trace. Did something bad happened to Emily – or did she purposely leave everyone and everything behind?

In this gangster comedy, siblings Logan, Jimmy (Channing Tatum), Mellie (Riley Keough) and Clyde (Adam Driver) try to rob a car racing track during a car race. For this the trio still needs the help of the master thief Joe Bang (Daniel Craig), who is currently in prison. The theft might still be feasible if they didn’t have to get Joe out, break into the safe, take the money out, bring Joe back, and finally show up at Jimmy’s daughter’s beauty contest on time. In addition, the sibling trio firmly believes in the Logan curse, which always makes everything go wrong.

Known for their devotion to social media, Gizem and Sultan’s understanding of marriage is different. Two women enter into an endless competition with each other.

Metin Arici who has been working as a staff for a ferry in Istanbul for a long time, also has been living in the same vehicle for 6 years. An interviewer visits them one day to evaluate how the staff in the ferry works. Ayzek, as Metin’s friends call him, finds himself in a complicated situation in the fear of something he has never thought of. Then everything in his working life becomes tense and ripps the smile out of Ayzek’s face. He has no idea when these incidents will end, but he finds the truth about himself along the way…