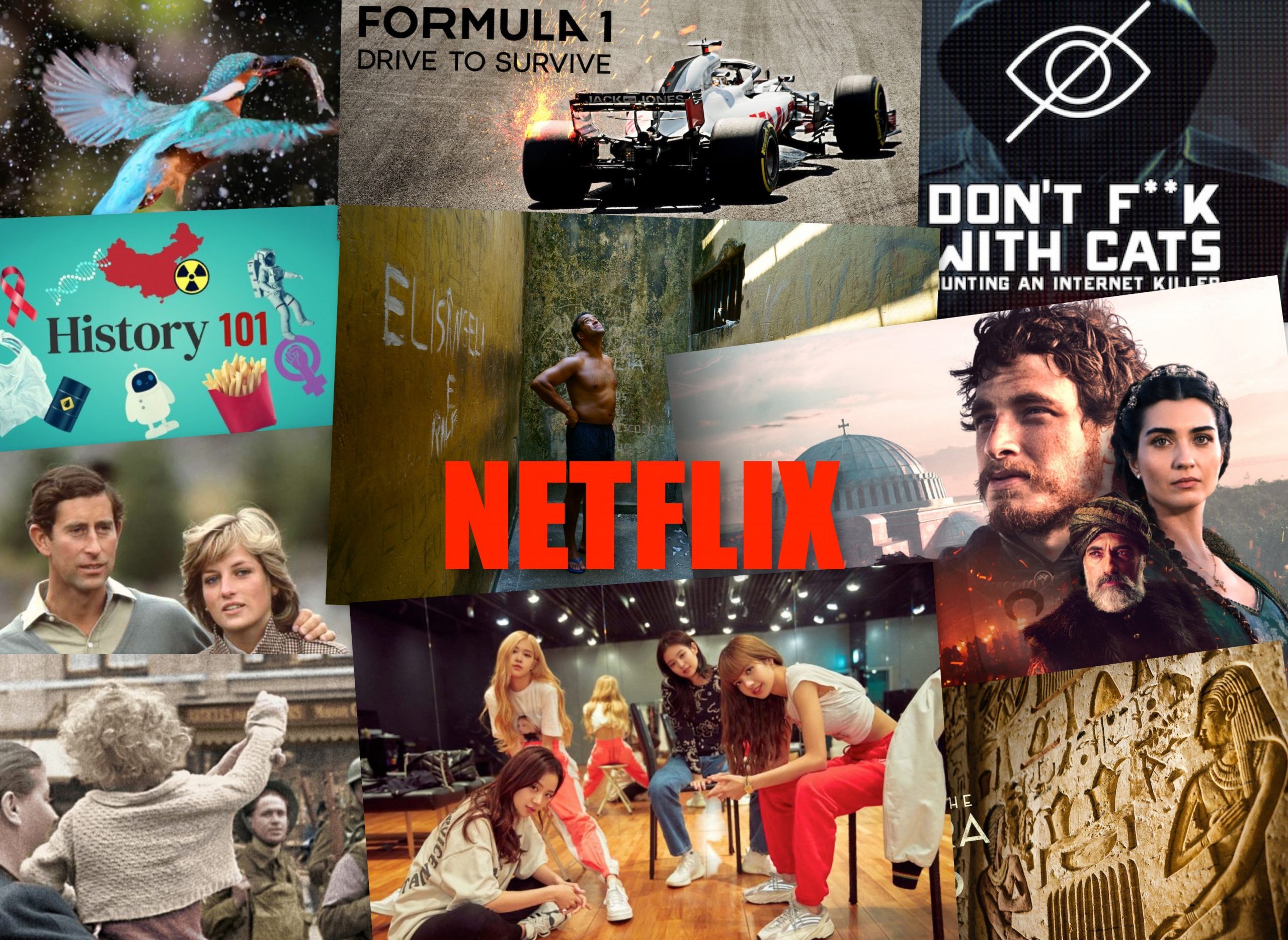 Netflix has a bountiful of great documentaries that cover a diverse range of subjects, from true crime to sports to even filmmaking. Below, we’ve assembled a list of what we believe are the best documentaries on Netflix right now

Documentary series focusing on the breadth of the diversity of habitats around the world, from the remote Arctic wilderness and mysterious deep oceans to the vast landscapes of Africa and diverse jungles of South America.

Charting the rise of the 1990’s Chicago Bulls, led by Michael Jordan, one of the most notable dynasties in sports history.

3) David Attenborough: A
Life On Our Planet

One man has seen more of the natural world than any other. This unique feature documentary is his witness statement. In his 93 years, David Attenborough has visited every continent on the globe, exploring the wild places of our planet and documenting the living world in all its variety and wonder.

A series of colorized archive footage of important events during World War II.

Over the course of eight animated episodes, Andy Puddicombe former Buddhist monk and co-founder of the globally beloved Headspace meditation app takes viewers through the benefits and science behind meditation.

After years of swimming every day in the freezing ocean at the tip of Africa, Craig Foster meets an unlikely teacher a young octopus who displays remarkable curiosity. Visiting her den and tracking her movements for months on end he eventually wins the animal’s trust and they develop a never before seen bond between human and wild animal.

8) The Trials of Gabriel
Fernandez

In 2013, 8-year-old Gabriel Fernandez died as a result of horrific and prolonged abuse by his mother and her boyfriend. In the wake of the tragedy, a demand for justice and accountability exploded in Los Angeles County. This six-part documentary series from award-winning documentarian Brian Knappenberger (Nobody Speak: Trials of the Free Press) offers an inside look at the trial as well as an eye-opening investigation into the government systems that failed to protect Gabriel, despite multiple reports and warning signs. Along with shedding light on an important story, The Trials of Gabriel Fernandez serves as a wake-up call to reexamine the structures designed to protect children in need.

Ottoman Sultan Mehmed II wages an epic campaign to take the Byzantine capital of Constantinople and shapes the course of history for centuries.

This documentary uses the recordings Princess Diana made for the book that was written by Andrew Morton. In this documentary Diana narrates her life and the events that surrounded her.

Set in the dark underbelly of Silicon Valley, The Social Dilemma fuses investigative documentary with enlightening narrative drama. Expert testimony from tech whistle-blowers exposes our disturbing predicament: the services Big Tech provides-search engines, networks, instant information, etc.-are merely the candy that lures us to bite. Once we’re hooked and coming back for more, the real commodity they sell is their prowess to influence and manipulate us.

13) Blackpink: Light Up The
Sky

14) Secrets Of The Saqqara
Tomb

It is heralded as one of the most jaw-dropping, exciting, and important Ancient Egyptian discoveries in decades. And the discoveries have only just begun. Join a team of local archaeologists as they excavate never before explored passageways, shafts, and tombs, while piecing together the secrets of one Egypt’s most remarkable tombs. News of the tomb discovery has gone around the world and it has been heralded as the most significant find in almost fifty years. The condition of the tomb is remarkable – but the real excitement lies in what is to come. The archaeologists hope they are going to unearth the possessions, grave goods, and mummies of the high-priest and his family – and with that information hoping to transform our understanding of this period of Old Kingdom history.

In 2018, 34-year-old Shanann Watts and her two young daughters disappear in Colorado. With the heartbreaking details emerging, the family’s story made headlines around the world.

16) Inside The World’s
Toughest Prisons

Imagine being in jail. Now imagine living in a foreign country. Scary? Paul Connelly takes you inside these jails. He shows what living conditions are for the inmates, as well as the guards. You’ll never look at prison the same.

Examines the background and the career of the french basketball player Tony Parker.

It is a new type of history show for a new type of audience: Big History delivered in an unadulterated hit of premium archive and jaw-dropping infographics.

Asia is the largest continent of the world. Home to over half of the earth’s population, a vast array of cultures and diverse landscapes, it is also home to a multitude of animal species, some of which are the world’s most dangerous creatures. This series counts down 72 of these species.

Explores questions that have been contemplated throughout time: What does it mean to die, and is death the end of our existence? Weaving together innovative new research with firsthand accounts from those who’ve been close to death.