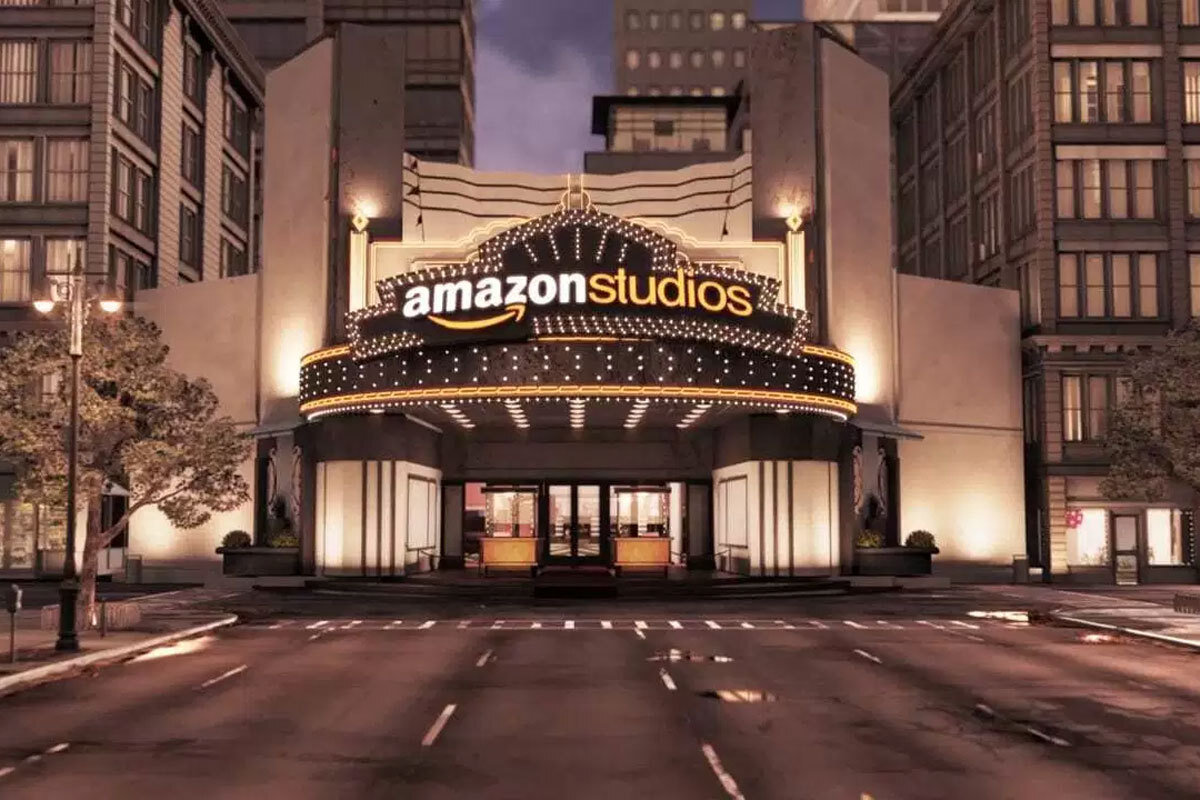 1930s Korea, in the period of Japanese occupation, a new girl (Sookee) is hired as a handmaiden to a Japanese heiress (Hideko) who lives a secluded life on a large countryside estate with her domineering Uncle (Kouzuki). But the maid has a secret. She is a pickpocket recruited by a swindler posing as a Japanese Count to help him seduce the Lady to elope with him, rob her of her fortune, and lock her up in a madhouse. The plan seems to proceed according to plan until Sookee and Hideko discover some unexpected emotions.

I Am Not Your Negro

In 1979, James Baldwin wrote a letter to his literary agent describing his next project, “Remember This House.” The book was to be a revolutionary, personal account of the lives and assassinations of three of his close friends: Medgar Evers, Malcolm X and Martin Luther King, Jr. At the time of Baldwin’s death in 1987, he left behind only 30 completed pages of this manuscript. Filmmaker Raoul Peck envisions the book James Baldwin never finished.

Manchester By The Sea

Lee Chandler is a brooding, irritable loner who works as a handyman for a Boston apartment block. One damp winter day he gets a call summoning him to his hometown, north of the city. His brother’s heart has given out suddenly, and he’s been named guardian to his 16-year-old nephew. As if losing his only sibling and doubts about raising a teenager weren’t enough, his return to the past re-opens an unspeakable tragedy.

A passionate love story between two people of different backgrounds and temperaments, who are fatefully mismatched and yet condemned to each other. Set against the background of the Cold War in the 1950s in Poland, Berlin, Yugoslavia and Paris, the film depicts an impossible love story in impossible times.

Kumail (Kumail Nanjiani), in the middle of becoming a budding stand-up comedian, meets Emily (Zoe Kazan). Meanwhile, a sudden illness sets in forcing Emily to be put into a medically-induced coma. Kumail must navigate being a comedian, dealing with tragic illness, and placating his family’s desire to let them fix him up with a spouse, while contemplating and figuring out who he really is and what he truly believes.

Exactly one week in the life of a young man named Paterson of Paterson, New Jersey is presented. He lives an extremely regimented and routinized life, that routine perhaps most vividly displayed by the fact that he is able to wake up at exactly the same time every day without an alarm. That life includes eating Cheerios for breakfast, walking to work carrying his brown bag lunch packed in his lunch pail by his wife Laura, having a casual chat with his colleague Donny before he begins his shift driving the #23 Paterson bus for the local public transit company, walking home where he straightens out the exterior mailbox which somehow during the day gets knocked crooked, eating dinner with Laura and listening to her goings-on of the day, taking Laura’s English bulldog Marvin – who he would admit to himself he doesn’t much like – out for a walk to his neighborhood bar where he has one and only one beer before walking home with Marvin. There are day to day variations which are often the …

From a screenplay by Shia LaBeouf, based on his own experiences, award-winning filmmaker Alma Har’el brings to life a young actor’s stormy childhood and early adult years as he struggles to reconcile with his father through cinema and dreams. Fictionalizing his childhood’s ascent to stardom, and subsequent adult crash-landing into rehab and recovery, Har’el casts Noah Jupe and Lucas Hedges as Otis Lort, navigating different stages in a frenetic career. LaBeouf takes on the daring and therapeutic challenge of playing a version of his own father, an ex-rodeo clown and a felon. Artist and musician FKA Twigs makes her feature-film debut, playing neighbor and kindred spirit to the younger Otis in their garden-court motel home. Har’el’s feature narrative debut is a one-of-a-kind collaboration between filmmaker and subject, exploring art as medicine and imagination as hope.

Based on the best-selling pair of memoirs from father and son David and Nic Sheff, Beautiful Boy chronicles the heartbreaking and inspiring experience of survival, relapse and recovery in a family coping with addiction over many years.

THE REPORT is a thriller based on actual events. Idealistic staffer Daniel J. Jones (Adam Driver) is tasked by his boss Senator Dianne Feinstein (Annette Bening) to lead an investigation of the CIA’s Detention and Interrogation Program created in the aftermath of 9/11. Jones’ relentless pursuit of the truth leads to findings that uncover the lengths to which the nation’s top intelligence agency went to destroy evidence, subvert the law, and hide a shocking secret from the American public. THE REPORT is written and directed by Scott Z. Burns, and the film also stars Jon Hamm, Sarah Goldberg, Michael C. Hall, Douglas Hodge, Fajer Kaisi, Ted Levine, Jennifer Morrison, Tim Blake Nelson, Linda Powell, Matthew Rhys, T. Ryder Smith, Corey Stoll, and Maura Tierney.

Hilarious, outgoing and always up for a good time, New Yorker Brittany Forgleris everybody’s best friend — except maybe her own. At 27, her hard-partying ways, chronic underemployment and toxic relationships are catching up with her, but when she stops by a new doctor’s office to try to score some Adderall, she gets slapped with a prescription she never wanted: Get healthy. Too broke for a gym and too proud to ask for help, Brit is at a loss, until her seemingly together neighbor Catherine pushes her to lace up her Converse sneakers and run one sweaty block. The next day, she runs two. And soon, after finishing her first mile, she sets an almost unthinkable goal: running in the New York City Marathon.

Susie Bannion is a young American ballerina who travels to Berlin to study dancing at the Markos Tanz Company, one of the world’s most renowned schools under Madame Blanc’s management. On her very first day, one of the students who had been recently expelled from the school is murdered. As this appalling happening does not seem to be an isolated occurrence, the brilliant new student soon begins to suspect that the school might be involved in the homicide. Her mistrust heightens when Sarah, one of the girls at the school, tells her that Pat, before being killed, confided to her that she knew and guarded a terrifying dark secret.

You Were Never Really Here

Balancing between feverish dreamlike hallucinations of a tormented past and a grim disoriented reality, the grizzled Joe–a traumatised Gulf War veteran and now an unflinching hired gun who lives with his frail elderly mother–has just finished yet another successful job. With an infernal reputation of being a brutal man of results, the specialised in recovering missing teens enforcer will embark on a blood-drenched rescue mission, when Nina, the innocent 13-year-old daughter of an ambitious New York senator, never returns home. But amidst half-baked leads and a desperate desire to shake off his shoulders the heavy burden of a personal hell, Joe’s frenzied plummet into the depths of Tartarus is inevitable, and every step Joe takes to flee the pain, brings him closer to the horrors of insanity. In the end, what is real, and what is a dream? Can there be a new chapter in Joe’s life when he keeps running around in circles?

The Lost City of Z

The Lost City of Z tells the incredible true story of British explorer Percy Fawcett, who journeys into the Amazon at the dawn of the 20th century and discovers evidence of a previously unknown, advanced civilization that may have once inhabited the region. Despite being ridiculed by the scientific establishment who regard indigenous populations as “savages,” the determined Fawcett – supported by his devoted wife, son and aide de camp returns time and again to his beloved jungle in an attempt to prove his case, culminating in his mysterious disappearance in 1925.

Katherine Newbury (Dame Emma Thompson) is a pioneer and legendary host on the late night talk show circuit. When she’s accused of being a “woman who hates women”, she puts affirmative action on the to-do list, and – presto! – Molly (Mindy Kaling) is hired as the one woman in Katherine’s all-male writers’ room. But Molly might be too little too late, as the formidable Katherine also faces the reality of low ratings and a network that wants to replace her. Wanting to prove she’s not merely a diversity hire who’s disrupting the comfort of the brotherhood, Molly is determined to help Katherine revitalize her show and career – and possibly effect even bigger change at the same time.