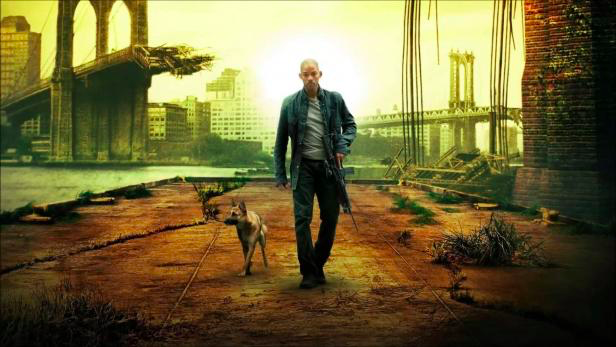 These are the 20 highlights and other action films that Netflix currently has to offer.

“Dredd” doesn’t hesitate until the action starts. And the plot is as straightforward as it should be in an action film: Ma-Ma (Lena Headey), drug dealer and gang leader, resides on the top floor of the Peach Trees high-rise complex. Judge Dredd (Karl Urban), executioner in the dystopian city of Mega City One, wants to arrest her. Ma-Ma is “not amused” and incites all the residents of the skyscraper on the cops. Dredd and his young recruit Cassandra (Olivia Thirlby) have to fight their way up floor by floor.

The hardware store employee Robert McCall (Denzel Washington) cannot sleep well. At night he often sits in a diner and reads. He be friends the young prostitute Teri (Chloë Grace Moretz), who is actually called Alina. When her Russian pimp beats her to hospital, he tries – politely – to buy the young woman free with $9,800, all of his savings. The pimp refuses – very rude! Serious mistake, as McCall was a CIA special agent in his previous life.

In 2079, felons will be put into a deep sleep in a prison satellite in Earth orbit. A revolt breaks out during an inspection by Emilie Warnock (Maggie Grace), the daughter of the US President. The occupants are woken up and take over the satellite. Former CIA agent Marion Snow (Guy Pearce) is smuggled in to save the president’s daughter. The plot isn’t new, but the humor and chemistry between the two main characters make the film perfect action fun.

Netflix action with Jamie Foxx and Joseph Gordon-Levitt: A mysterious new pill that is said to give superpowers that are different for everyone is making a name for itself on the streets of New Orleans. The catch, however, is that you only know more once you’ve taken it. So while some become invulnerable, invisible, or extremely strong, others can be deadly. The policeman Frank (Gordon-Levitt) works with the young dealer Robin (Dominique Fishback) to get to the people behind it. But then suddenly the uncompromising ex-soldier Art (Foxx) appears and grabs Robin. He also has the backers in his sights, but approaches the matter a little more direct and bloody.

Bloody Netflix action in the style of the 80s: Duncan Vizla (Mads Mikkelsen) is one of the best contract killers and is notorious in his industry as the “Black Kaiser”. The killer organization “Damocles”, for which he has worked for years, pays eight million dollars to every killer who reaches the age of 50. With it, the shy professional killer wants to retire in a small log cabin in Montana. But the head of the organization needs the money and therefore unceremoniously sets a whole troop of young killers on the “Black Kaiser”. He sees that in itself quite professionally. Vizla only sees red when the young killers drag the innocent neighbor he has just befriended into the matter.

Another Netflix action film that uses superpowers: “The Old Guard”, an immortal group of mercenaries, has been fighting for centuries under the leadership of the warrior Andromache (Charlize Theron), Andy for short, to make the world a better place . But immortal does not mean invincible. When the scientist Copley (Chiwetel Ejiofor) lures Andy and her team into a trap, they are suddenly hunted. At this inconvenient point in time, a new immortal appears for the first time in 200 years. Now Andy has to collect and protect the new US soldier Nile (Kiki Layne) in Afghanistan while a private army is hunting her.

Driven by revenge, James Cullen (Dwayne Johnson), who is only called “Driver”, comes out of prison after 10 years. Now he goes on the hunt for the men who put him in prison and his brother in the coffin. But after killing the first man on his death list, he becomes the hunted himself: Detective Cicero (Carla Gugino) and her run-down partner Slade Humphries (Billy Bob Thornton), simply called Cop, investigate the murder case and follow his lead. In addition, a nameless killer (Oliver Jackson-Cohen) was set on Driver. By the way, this film has nothing to do with the “Fast & Furios” film series, only the title and cover remind you a little of it. “The Rock” only joined “Fast Five” (2011) a year later. During the action, however, “Faster” also puts a lot of pressure on the accelerator, if not necessarily in the literal sense.

With this adaptation of the graphic novel of the same name by Frank Miller, director Zack Snyder has delivered a visually impressive cult action film after his feature film debut “Dawn of the Dead” (2004) in 2006, as it was then and now. The story is classic, the plot banal: King Leonidas (Gerard Butler) moves north with 300 of his best warriors from Sparta to stop the onslaught of the far superior Persians at the Thermopylae Pass. The second part “300th Rise of an Empire” (2014) can also be seen on Netflix , which is also quite nice – but cannot keep up with the iconic original.

Greed for money is the undoing of five former Special Forces soldiers in this action spectacle from Netflix: Santiago “Pope” Garcia (Oscar Isaac) drums his former buddies Tom “Redfly” Davis (Ben AffleckI), “Ironhead” Miller (Charlie Hunnam ), “Catfish” Morales (Pedro Pascal) and Ben (Garrett Hedlund) teamed up to relieve a South American drug lord by $ 75 million. After the army, they were all moderately successful. With their skills they now want to secure a well-deserved retirement. But when the buddies find a lot more money than expected, greed grabs them. You deviate from the plan. Not a good idea!

“Fast Five”, the simple original title, is much more than just a fine-tuning of the action film series: Dwayne Johnson joins Vin Diesel’s team and the competition between the two is expanded in the following films. Above all, however, the banal racing and speed films will turn into a spectacular heist movie franchise with sensational car chases from the fifth part. From our point of view, “Fast Five” is therefore the best part of the film series, which now has nine films. All “Fast & Furious” films can now be seen again on Netflix, with the exception of “Fast & Furious 8” and the spin-off “Fast & Furious: Hobbs & Shaw”.

The successful remake of the cult B-movie “Death Race 2000” also has breakneck chases to offer: Jason Statham is innocently put in an inhuman maximum security prison in a dystopian future. The corrupt director Hennessey (Joan Ellen) organizes the Death Race as a spectacular media spectacle. The price of winning the grueling car race is freedom, but a fatal accident on the way to the finish is more than likely.

High time for superheroes: “Deadpool” not only has an almost perfect action plot, but also garnishes the fast-paced tour-de-force with irony, cynicism and brutal abuse that fits like a fist on the eye.

An end-time western in the style of “Mad Max” with Denzel Washington as the taciturn wanderer Eli in the year 2044. In his luggage he has a mysterious book that he protects with his life, but for which the narrow-track despot Carnegie (Gary Oldman) interested. “The Book of Eli” has everything a good action film needs.

The cult action film with Bruce Willis is back on Netflix. This time, all of John McClane’s encounters with devious terrorists from all over the world can finally be seen on Netflix. Aside from the iconic original, the third part,Die Hard 3 – Now All the More” (1995) is our favorite, while we keep the later sequels “Die Hard 4.0” (2007) and “Die Hard 5 – A Good Day to Die” (2013 ) rather than check off an exaggerated parody of the three cult films before it.

$100 million worth of heroin disappears from the Miami Police Evidence Chamber. The two police officers Mike Lowrey (Will Smith), a die-hard bachelor, and the married family man Marcus Burnett (Martin Lawrence), while investigating the case, come across call girl Julie (Téa Leoni) and the trail of drug lord Fouchet (Tchéky Karyo) who, however, fights back unscrupulously. The second part of this buddy cop action comedy is also currently available on Netflix.

After John Wick has completed his campaign of revenge in the first chapter – unfortunately not available on Netflix – he wants to return to his well-deserved retirement. But then suddenly his former killer colleague Santino stands in front of the door and demands a favor with a blood coin. The rules of the killer guild force Wick to redeem the favor. Whether he wants to or not: Wick has to go to Rome to kill Santino’s sister …

Spectacular locations, high-speed car chases and explosions non-stop – everything an action film by Michael Bay (“Bad Boys”, “Transformers”) should have, plus the cool sayings by Ryan Reynolds (“Deadpool”). In this action spectacle with Reynolds as the head of a secret, six-person elite troop who goes on the hunt for criminals, the tires screech from the first second.

The second part of Christopher Nolan’s Batman trilogy is not only a brilliant action film, but also perhaps the best superhero film of all time. In any case, it is certain that Batman (Christian Bale) in this DC comic adaptation with the Joker (Heath Ledger) has a charismatic opponent like hardly any other superhero. The origin story “Batman Begins”  (2005) and the sequel “The Dark Knight Rises”  (2012) can also be seen on Netflix , also respectable examples of the action and superhero genre.

Will Smith plays the former scientist Robert Neville in the remake of Richard Matheson’s novel of the same name. He is the last person to live in Manhattan with his beloved German shepherd, Samantha. Three years ago a virus wiped out humanity. The few survivors mutated into aggressive savages who shy away from daylight. Robert seems to be the only person immune to the virus. In the ruins of New York City, he searches for a cure and for other people who are immune like him. The dystopian end-of-time film is initially rather calm, but increases the pace in the second half.

When it comes to fighting alien monsters, Arnold Schwarzenegger and Sigourney Weaver are the experts: “Predator” and “Aliens – The Return” are unmatched cult films when it comes to alien action. In “Predator” Major “Dutch” Schaefer (Schwarzenegger) ‘s troops meet the alien big game hunters in the central American jungle for the first time, who later also fought with the aliens in crossover films. But the Predator loses out to Arnie . Incidentally, Netflix currently has all the other Predator films in its program with the exception of “Predator- Upgrade” (2018). In addition, the aforementioned crossover films “Alien vs. Predator” and finally the entire Alien franchise including ” Aliens – The Return” (1986) by director James Cameron, one of the best action films of all time.

Have a Pleasant Time