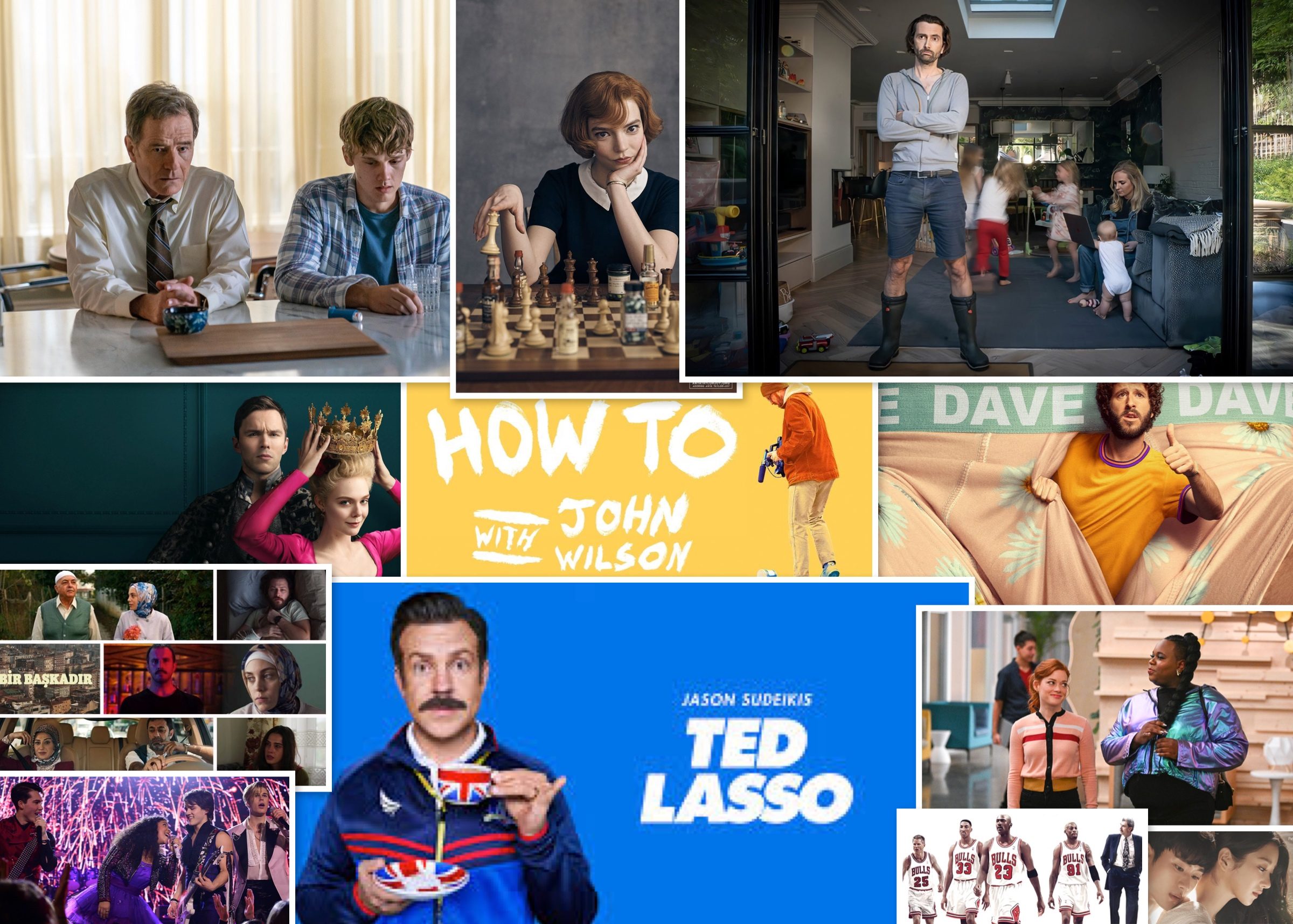 Have a good time!

Set in 1980’s and 90’s Bombay, it follows the life of Harshad Mehta, a stockbroker who took the stock market to dizzying heights and his catastrophic downfall.

Charting the rise of the 1990’s Chicago Bulls, led by Michael Jordan, one of the most notable dynasties in sports history.

Follows US American Football coach Ted Lasso heading to the UK to manage a struggling London football team in the top flight of English football.

How to with John Wilson

An anxious New Yorker who attempts to give everyday advice while dealing with his own personal issues.

A comedy-drama, which captures the journey of an engineering graduate Abhishek, who for lack of a better job option joins as secretary of a Panchayat office in a remote village of Uttar Pradesh.

It’s Okay to Not Be Okay

The drama tells the story of Moon Kang Tae, a community health worker at a psychiatric ward who doesn’t have time for love, and Go Moon Young, a successful children’s book author with antisocial behavior who seems to have never known love. After meeting one another, the two slowly begin to heal each other’s emotional wounds.

David Tennant and Michael Sheen star as two actors whose West End play has been put on hold due to Covid-19, but whose director has persuaded them to carry on rehearsing online.

Orphaned at the tender age of nine, prodigious introvert Beth Harmon discovers and masters the game of chess in 1960s USA. But child stardom comes at a price.

A group of unique characters from dramatically different socio-cultural backgrounds meeting in startling circumstances in the vibrant and colorful city of Istanbul, – some by chance and some by force of will.

A neurotic mid 20’s suburbanite’s convinced he’s destined to be one of the greatest rappers of all time. Now he’s got to prove it to everyone else.

Julie and the Phantoms

Julie is a teenage girl who finds her passion for music and life with the help of a high -concept band of teen boys (The Phantoms) who have been dead for 25 years. Julie, in turn, helps them become the band they were never able to be.

All Creatures Great and Small

The numerous adventures of a friendly staff at a country veterinarian practice in 1930s to 1940s Yorkshire. A remake of the 1978-1990 series. Taken from the autobiographical books by James Herriot.

A judge confronts his convictions when his son is involved in a hit and run that embroils an organized crime family. Facing impossible choices, he discovers how far a father will go to save his son’s life.

A young woman discovers she has the ability to hear the innermost thoughts of people around her as songs and musical numbers.

A royal woman living in rural Russia during the 18th century is forced to choose between her own personal happiness and the future of Russia, when she marries an Emperor.