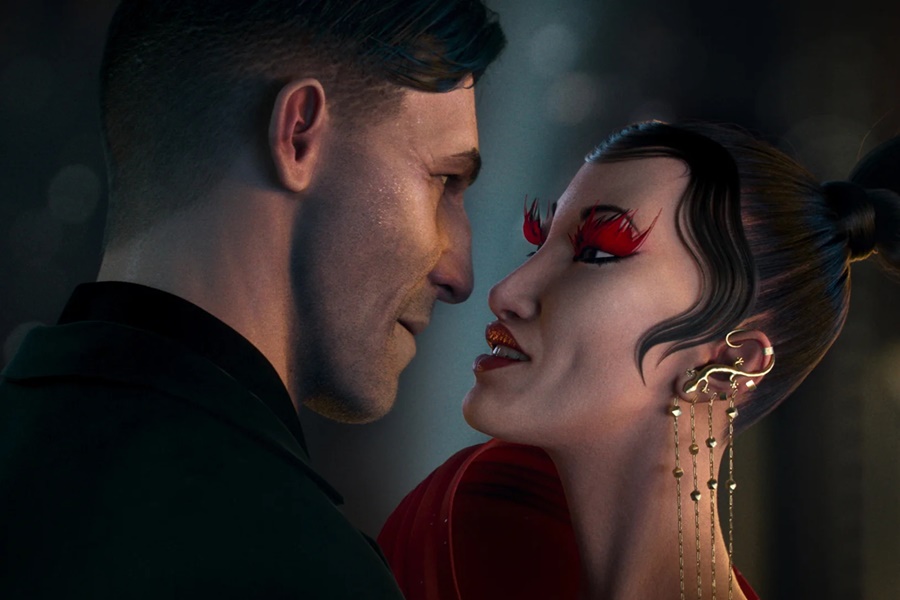 A robot named Vacuubot, who serves a woman living with her dog at her home in Sunset City, which fascinates with its design, begins to behave hostile for no apparent reason. The woman then contacts customer service. This episode of Love, Death & Robots satirically showcases the horrors of modern technology and our extreme addiction to technology. The power gained from a simple household machine and the comedic tone of what happens in the house actually works well to balance the horrors that arise. It is clear that in our not-so-distant future, especially with the increasing dependence on digitalization, the world we are preparing will be similar to this. In this respect, there is an impressive bit of design in the story, which has many similarities with WALL · E. The fact that different preferences were acted on in terms of human design was in line with the irony of the story. It can be said that as the first part of the anthology, it offers the audience a sweet start.

Sedgewick, who lives outside of the world with his modified family, is an unmodified youth and cannot adapt to his environment. Sedgewick embarks on a perilous adventure by trying to fit in with his adapted modified brother Fletcher and his group of friends one night. There’s actually a lot going on in the episode, but it looks like a simple death race at the surface level. It is clear that the episode has things to say on ideas such as peer pressure, adaptation, being yourself, and even the influence of man on nature. The “modified” human idea does a pretty good job of conveying another interesting add-on and episode the universe he has built through the eyes of the unmodified Sedgewick. The animation is a truly fascinating and bold selection that bears some similarities to Zima Blue in 2019. Shadow and lighting work in particular is extraordinary. Ice; It shifts the animation perspective in Love, Death & Robots to a much more unique focal point. In the department, even the use of light in the atmosphere created by combining hand drawing and CGI technique manages to give a very dark feeling.

Pop Squad focuses on the story of Briggs, who is part of a team that destroys families with children in a world where the population is controlled by a group. This is a group referred to as breeders by the upper classes of society that live above the clouds. People get the solution to living forever by giving up having children. In this society, people seem to have perfected the way to survive, but in fact only the elite stuck in the dizzying heights of skyscrapers really enjoy its effects. They literally live above the clouds and are unaware of the horrors that are happening on earth. The rest of the community is forced to flee from those tasked with killing innocent children and arresting parents. Given the dire consequences of this population control, It is surprising that more officials are not open to change like Briggs. The change experienced by Officer Briggs opens the way to break the cycle in the established world and signals that the change will only take place in the long run. The department, which gives the feeling of being established with the aesthetics of computer games, seriously takes people into it.

Episode 4: “Snow in the Desert”

Snow appeared in a local bar; he is a lonely, wandering fugitive with bounty hunters on his heels. The bounty hunters find and attack Snow. He manages to escape with the help of a woman named Hirald. Snow is able to regenerate himself, and so scientists and bounty hunters are on the hunt so that his DNA can be replicated. Snow in the Desert is a truly clever episode that is clearly inspired by The Mandalorian, but manages to create a living, breathing world complete with immortals that can come to life and live forever. In the episode, photorealistic animation, rather than the story, creates a great impact on style. It is possible to say that he deserves to be a Love, Death & Robots episode with his plot and animation technique.

As a result of the sudden stop of a train, our hero finds himself next to the vast long grass and his adventure begins when he sees a light among these grass and follows that light. Lights shimmering and dancing from afar seduce him. It is too late when our hero realizes what these lights he is following are actually. At the end of the episode, our hero is left with many questions about what he sees. Again, based on a small idea, this episode, which comes up with another animation style, does not promise much, but it manages to provide diversity to the series technically. It is possible to say that it is an impressive showcase of style by choosing to leave a simple but effective story in the background. Also, I cannot help but say that the aesthetics of the episode are reminiscent of the movie Loving Vincent.

Episode 6: “All Through the House”

Although it is the shortest episode of the second season, I can say that it is one of the most impressive episodes created based on a small idea. This glorious 5-minute episode begins on Christmas Eve with two kids thinking that Santa Claus is coming, leaving their room and tiptoe down to the floor. The children see the shadow of Santa Claus and hide behind the sofa and wait. But Santa Claus is not at all what they imagined. Faced with its frightening appearance and unexpected gift presentation, children cannot overcome their shock. The kids have a question about the night: If that’s what happens for the good kids… what happens to the bad boys? There is a really creative idea in the department, implemented in the best possible way. Santa Claus making different sounds, wheezing, The idea that it is an alien creature is both fascinating and terrifying. The way he presents gifts is part of his dark humor. Despite being the shortest episode, All Through the House is a great example of how you don’t need a long time to tell a coherent story. It can be said that it is an animation technique work that we are familiar with but adds color to the season in terms of animation technique and style. It should be added that the creature Santa Claus was created with great care.

J.G. BallardThe episode, which deals with the meeting of a giant corpse with humanity, after a storm, inspired by the story of the artist, has a fascinating narrative. In the story that we listened to with the almost documentary style narration of Steven, a scientist, Steven is only one of the crowd who came to see the giant stranded as a researcher. The fact that even a giant corpse can be made a subject of advertising in the consumer society reveals the point that humanity has reached in our age where societies are faster, bigger and more in pursuit and individual action is almost forgotten. In the department, it is emphasized that everything and all our features that make us human are only the thoughts of other people. When the last remnants of the human body are destroyed, only thoughts and memories remain. On the other hand, it opens a discussion of vitality. It manages to make us question the question of whether what we define as vitality consists in the ability of our body to fulfill all its functions. With its story, it makes it possible for a corpse to be more alive than many other living things. The story of the giant, which acts as an allegory for man and his attitude towards nature, certainly manages to deeply impress the audience despite its slow pace.