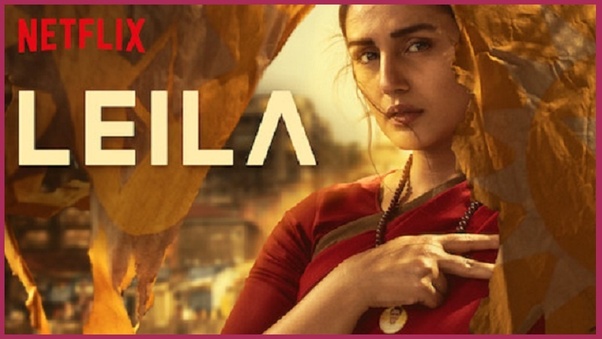 Of course, contrary to what is known, it is not one of the Indian series with musical instruments. In fact, there is no event in the name of play and music in the newly released Lelia. The series explores a rather utopian issue.

If we come to the subject of the Leila series, years later, in 2047, there will be a revolution in India. A man named Aryavarta seizes everywhere with the army he has set up for himself. It takes everyone out of their house. Our sister named Shalini, who is in a very good financial situation, lost her freedom due to a reason in the middle of the lack of water that started at that time. Kills her husband. His daughter is taken away. He is locked up in a house to be rehabilitated.

This house is like an exile in times of coup. Morning and evening strange things are put on their heads and drugs are given to them. Shalini always attributes what happened to her husband’s being a Muslim.

After 2 years, Shalini realizes that it will not go like this anymore and makes plans to get out of here. He becomes one of the most favorite, with his struggle, he gets in the eyes of the leader of that camp, but he cannot pass the so-called purity test. He doesn’t want to pass.

He is sent to the labor camp as punishment and there he meets some facts. Of course, with the transformation of the person who was a servant in his house, he pays for the mistakes he once made.

Confused in the season finale of the series, whose struggle lasted for 6 episodes, it is not yet clear when the second season will come.