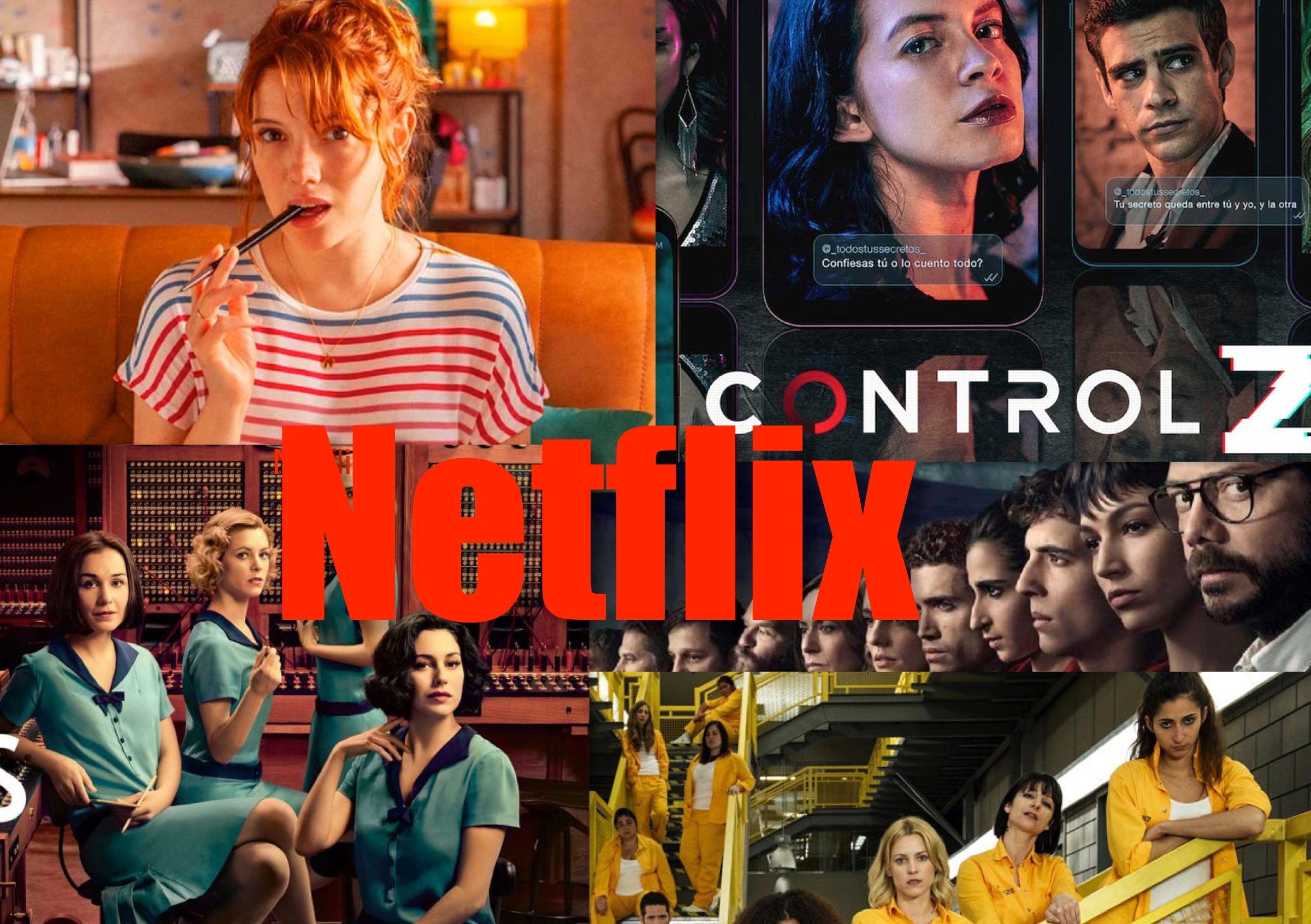 Let’s forget the language barriers and enjoy great TV series.
Don’t forget your meal on the stove while watching the episodes.

When chemistry teacher Walter White is diagnosed with Stage III cancer and given only two years to live, he decides he has nothing to lose. He lives with his teenage son, who has cerebral palsy, and his wife, in New Mexico. Determined to ensure that his family will have a secure future, Walt embarks on a career of drugs and crime. He proves to be remarkably proficient in this new world as he begins manufacturing and selling methamphetamine with one of his former students. The series tracks the impacts of a fatal diagnosis on a regular, hard working man, and explores how a fatal diagnosis affects his morality and transforms him into a major player of the drug trade.

Narcos tells the true-life story of the growth and spread of cocaine drug cartels across the globe and attendant efforts of law enforcement to meet them head on in brutal, bloody conflict. It centers around the notorious Colombian cocaine kingpin Pablo Escobar (Wagner Moura) and Steve Murphy (Holbrook), a DEA agent sent to Colombia on a U.S. mission to capture him and ultimately kill him.

An unusual group of robbers attempt to carry out the most perfect robbery in Spanish history – stealing 2.4 billion euros from the Royal Mint of Spain.

When the patriarch of a prominent family dies, his heirs battle to determine who will gain control of his beloved soccer team: The Cuervos of Nuevo Toledo.

Macarena Ferreiro is a young naive woman who falls in love with her boss and, because of him, commits several accounting manipulation and misappropriation crimes. She is accused of four tax crimes, and consequently she is imprisoned at the Cruz del Sur Prison as a precautionary measure with very high bail set. She has to face the emotional shock that being in jail means to her, as well as the complicated relationship between the inmates; among them Zulema stands out as the most dangerous prisoner. In prison Macarena will soon realize the chance to survive the projected seven-year sentence she will likely receive if convicted depends on changing, evolving and becoming a very different person. Meanwhile, in order to pay the bail, her family outside gets involved in finding a large sum of money hidden somewhere, in dispute with Zulema’s boyfriend, who will lead the Ferreiros to a terrible situation.

Who is he? What’s his story? His real story. He is El Sol de Mexico (The Sun of Mexico). Luis Miguel is one of the most important and famous singers in Mexico and Latin America and this is the real story of his way to the top. Talent, family, love and hate were part of it all. His songs are known by everyone and he is loved by everyone.

A wealthy matriarch tries to maintain her family’s facade of perfection after her husband’s mistress exposes their dirty secrets.

Las Encinas is the most exclusive school in the country- where the Elite sends their children to study. In there, three working-class teens have just been admitted after an earthquake destroyed their school. The clash between those who have everything and those who have nothing to lose creates a perfect storm that ends in a murder. Who committed the crime?

Trying to escape the past, thief Alba weasels herself a job working as a telephone operator in 1928 Madrid under a false identity. Escaping the past, however, proves to be extremely difficult as she realizes that your past is what creates your future involving friends, lovers, and feelings.

Oliver Queen and his father are lost at sea when their luxury yacht sinks, apparently in a storm. His father dies, but Oliver survives for five years on an uncharted island and eventually returns home. But he wasn’t alone on the island where he learned not only how to fight and survive but also of his father’s corruption and unscrupulous business dealings. He returns to civilization a changed man, determined to put things right. He disguises himself with the hood of one of his mysterious island mentors, arms himself with a bow and sets about hunting down the men and women who have corrupted his city.

The city of Barcelona is in its moment of greatest prosperity: it has grown to the Ribera, the Fishermen’s Quarter, where its inhabitants decide to build with the money of some and the effort of others the largest Marian temple ever known: Santa María de la Mar. This construction is parallel to the story of Arnau, a child who is saved from the abuses of his feudal lord by his farming father Bernat and together they take refuge in the county capital, where they become citizens and, with it, a free men. Bernat raises his son as best he can, working as a pottery maker and horse groom, eventually adopting a second son. Famine and uprising brings his death, leaving the young Arnau to raise himself as a stevedore and eventually finding fame and fortune as a money changer. A strenuous life, always under the protection of the Cathedral of the Sea, that was going to take from the father’s the misery of a fugitive to the son’s rise in nobility and wealth. But with this privileged position he …

Nemo Bandeira, a dealer with a clean businessman facade, is diagnosed with Alzheimer’s disease and tries to keep it from his family while he starts to think about who might be his successor.

The First Lady of Mexico has big plans to improve conditions for the country. As she starts to lose faith in her husband, President Diego Nava, she finds herself at a crossroad where she will need to find a way to deal with a great challenge.

A 5-year-old girl, Soledad, disappears mysteriously in Valencia, Spain with no trace left behind. 13 years later, the girl’s father, Antonio, gets arrested in Bogotá, Colombia on purpose after sniffing multiple balls of cocaine, in order to find her whereabouts.

When a hacker begins releasing students’ secrets to the entire high school, the socially isolated but observant Sofía works to uncover his/her identity.

Based on the novel of the same name winner of the Primavera award 2016. Raquel, a young literature teacher, gives her marriage a second chance and moves to her husband’s birth town, which hides a dark secret she will try to unravel.

Two sisters discover disturbing family secrets after a string of mysterious deaths occur on a luxury ship traveling from Spain to Brazil in the 1940s.

In 2045, Spain like the rest of the western world has been driven into a dictatorial regime by the lack of natural resources. Life in the countryside is impossible, and in the city a fence divides peoples into the powerful, and the rest.

Los Favoritos de Midas is based on the 1901 short story by Jack London. The six-part series follows Victor, a rich businessman, who is blackmailed in a strange way by a mysterious organization.

Married Alma spends a fateful weekend away from home that ignites passion, ends in tragedy and leads her to question the truth about those close to her.

Time-traveling witch from the 17th century escapes death and finds herself in modern day Cartagena.

Valeria is a writer in crisis, as much for her novels as for her husband and the emotional distance between them. She takes refuge in her three best friends: Carmen, Lola and Nerea, who support her during her trip. Valeria and her friends are immersed in a whirlwind of emotions about love, friendship, jealousy, infidelity, doubts, lack of love, secrets, work, worries, joys and dreams about the future.

Angel works in an ambulance service. After a tragic accident, his personal life begins to deteriorate as he becomes more and more suspicious of his partner Vane.

Ashran the necromancer has taken power in Idhún and enabled the reign of terror of the flying serpents. The first battle for Idhún’s freedom will take place on Earth, where Jack and Victoria fight to stop Kirtash, the assassin sent by Ashran to destroy the Idhudites who flew from his tyranny.