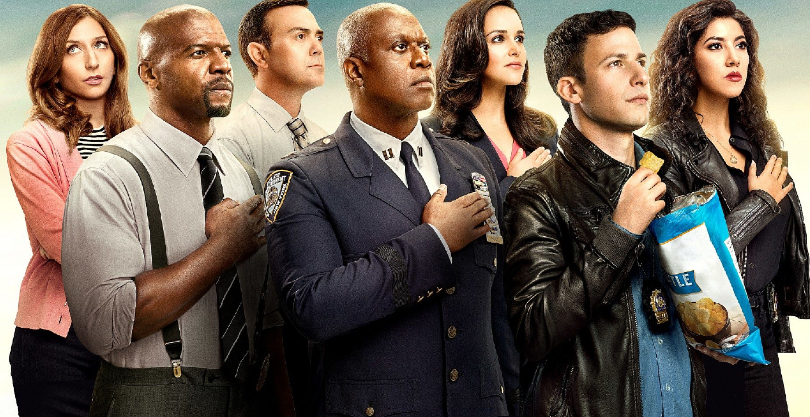 In the detective comedy genre, Brooklyn Nine-Nine is about the adventures of detectives and newly appointed police chief at the fictional 99th District Police Station in Brooklyn. Brooklyn Nine-Nine, which has 8.4 IMDb points, features Andy Samberg, Andre Braugher and Stephanie Beatriz in the lead cast.

Friends, which was first published on September 22, 1994, has become one of the most successful sitcom series of the period. The series, which achieved great success, continued until May 6, 2004. The production, which has an average of 22 minutes of episodes, includes comedy and romantic elements.

Having a score of 8.5 IMDb, The IT Crowd tells the adventures of Roy, Maurice and Jen working in the IT department. The production, which started to be published in 2006, ended in 2013. The episode of the series, which includes 5 seasons in total, is approximately 25 minutes long.

We witness the adventures of Marlon, who recently divorced his wife Ashley in the production, which has an IMDb score of 7.1. The episode of the series, which includes 2 seasons in total, is 22 minutes long on average.

Jeff Winger is a lawyer. Winger’s diploma turns out to be fake. Winger returns to college to regain a lawyer license and the adventure begins. With an 8.5 IMDb score, Community’s lead cast includes Joel McHale, Gillian Jacobs, and Danny Pudi.

Set in the 1990s, Derry Girls is about the adventures of five high school students. The production, which has 2 seasons in total, has 8.4 IMDb points. Episodes are about 30 minutes long.

How I Met Your Mother

We witness the story of Ted and his friends in the production, which has an 8.3 IMDb score. The episode of How I Met Your Mother, which includes 9 seasons in total, is 22 minutes long on average. The series, which includes comedy and romantic elements, ended in 2014.

Incorporating animation and comedy elements, South Park is about the adventures of four children. The series, which has 7 seasons in total, has 8.7 IMDb points.

Bojack Horseman is an actor in the cast of Horsing Around, one of the most popular productions of the 1990s. 20 years have passed since Horsing Around and Horseman has lost its former reputation. Horseman takes action to get popular again. You will laugh a lot while watching the adult animation Bojack Horseman.